Homeboy Sandman
Homeboy Sandman put out Don’t Feed the Monster last year but didn’t get to tour it. Homeboy Sandman is putting out Anjelitu in August. Homeboy Sandman is excited to perform again he hasn’t in a while. Homeboy Sandman loves God and when he finds unwanted bugs in his apartment he does his best to capture them without harming them and then he throws them out of the window. Allegedly getting thrown out of the window doesn’t hurt them because of exoskeletons.
Homeboy Sandman recorded and released his first EP, Nourishment, in March 2007. His debut album, entitled Nourishment (Second Helpings), was released in August 2007. In early 2008, Homeboy Sandman’s work began to be featured on underground radio programs the Squeeze Radio Show on WKCR 89.9 FM and the Halftime Radio Program on WNYU 89.1 FM in New York. In June 2008, he was featured in Source Magazine’s “Unsigned Hype” column.
His second album, Actual Factual Pterodactyl was acclaimed upon its release in August 2008. The album received an entry in XXL’s Chairman’s Choice column, which praised Homeboy Sandman’s “sharp lyrics and irresistibly melodic flow, which, together, form an elastic instrument few MCs can match.” Actual Factual Pterodactyl received critical acclaim in a multitude of other print and online publications, including Blender Magazine, Beyond Race Magazine, Okayplayer.com and MSN.com. At the end of 2008, Homeboy Sandman was named “Best Hip Hop Act in NYC 2008” by New York Press. Recently his music has received rotation on NYC’s Power 105.1 FM and Hot 97.1 FM, the city’s #1 Hip Hop and R&B radio station, as well as airplay on Spitkicker Radio (Channel 65 on XM Satellite Radio), DJ Premier’s “Live From HeadQCourterz” (Sirius Satellite Radio’s #1 ranked Hip Hop show) and BBC 1Xtra’s Hip Hop M1X (Hosted by DJ Sarah Love).
In addition to his studio releases, Homeboy Sandman has garnered attention for his live performances. From January 2008 to August 2009, Homeboy Sandman served as the host of “ALL THAT! Hip Hop, Poetry and Jazz” at the Nuyorican Poets Café, New York City’s longest running open mic session (originally hosted by Hip Hop icon Bobbito García). He has performed at the biggest hip hop shows around the country, including the South by Southwest (SXSW) music festival in Austin, Texas, the Brooklyn Hip Hop Festival in Brooklyn, New York, the Rock the Bells hip hop festival in Long Island, New York, the A3C Hip Hop Festival in Atlanta, Georgia and New York City’s CMJ Music Marathon. Homeboy Sandman has recorded video interviews with other performers at his live shows, which are captured in his YouTube video series “Homeboy Sandman presents Live From…”
In addition to his own releases, Homeboy Sandman has appeared on records by other artists, frequently with members of the AOK Collective, with whom he is affiliated.[citation needed] He recently appeared on Fresh Daily’s 2009 album The Gorgeous Killer: In Crimes of Passion and the 2008 album For Your Consideration released by P.SO (formerly P. Casso). Homeboy Sandman collaborated with both Fresh Daily and P.SO for the song “Get On Down,” which is featured on Sonic Smash, the album released in 2009 by music producer DJ Spinna. Homeboy Sandman has also laid down tracks for a series of features with RIDES Magazine. The track that Homeboy Sandman created for the Loud.com challenge, “Gun Control,” was cited as one of the Top 25 Songs of 2009 by Hot 97 DJ Peter Rosenberg.
On June 1, 2010, Homeboy Sandman released his third album, The Good Sun, which features production from 2 Hungry Bros, Ski Beats, Thievin’ Stephen, DJ Spinna, Psycho Les (The Beatnuts) and Core Rhythm, among others. The first single from The Good Sun was “Angels with Dirty Faces,” produced by J57.[10] In September 2010, Homeboy Sandman released his first official video for The Good Sun for the track, “The Essence”.
In late 2010, Homeboy Sandman was featured as the coach in an episode of MTV’s Made, which premiered in October 2010.
In August 2011, Homeboy Sandman signed with Stones Throw Records and released his debut project, Subject: Matter EP, with the California-based record label on January 24, 2012. Homeboy Sandman released his second EP with Stones Throw Records, titled Chimera in April 2012 and on September 18, 2012 released his debut full-length LP with Stones Throw entitled First of a Living Breed. The album featured production from Oddisee, J57, 6th Sense, RTNC and long-time production partners 2 Hungry Bros., along with label mates Jonwayne and Oh No, amongst others.
In 2014, Homeboy Sandman released the EP, White Sands, which was produced by Paul White. Nate Patrin of Pitchfork commented that the producer and rapper had “a mutually beneficial set of styles” in a positive review. In that year, Homeboy Sandman released the album, Hallways.
In the wake of the Donald Sterling scandal, Homeboy Sandman wrote for Gawker an op-ed called “Black People are Cowards,” which attracted more than 1.3 million views in the first seven days of its publication.
In 2015, Homeboy Sandman released a collaborative EP with Aesop Rock, titled Lice. In 2016, he released the album, Kindness for Weakness, which included Edan-produced “Talking (Bleep)”. In that year, he released a collaborative EP with Aesop Rock, titled Lice Two: Still Buggin’.
In 2019, Homeboy Sandman announced he had signed a new deal with Mello Music Group and released the new single “West Coast” produced by Aesop Rock to celebrate the new label signing.
Homeboy Sandman Anjelitu EP on Pitchfork 2021
homeboysandman-mmg.bandcamp.com/
www.facebook.com/homeboysandman/
@mellomusicgroup on IG and Twitter

Nolan
Cali-born. Detroit-bred. Laid back yet ardent. These are all ways to describe NOLAN, the young MC / beatmaker with one of the highest ceilings in the game. Since 2019, NOLAN (formally / also known as Nolan The Ninja) has been on a tear. He released SPORTEE — a full length LP on hip-hop indie heavyweight, Mello Music Group — toured Europe, and regularly collaborated with some of rap’s most creative artists including Homeboy Sandman, Chuck Inglish of The Cool Kids, Quelle Chris & more. He most notably gained global attention after performing his track “Oranges” on the popular Berlin-based series, COLORSxSTUDIOS. In 2020, amidst the pandemic, NOLAN independently dropped TALK SOON, an innovative mixtape that received positive reviews from OkayPlayer, Passion of the Weiss, etc. With a follow-up project titled P.S. set to release in 2021, expect to hear more from the lead of SPORT CAST.
nolantheninja.bandcamp.com/album/talk-soon
IG @nolantheninja
Twitter @nolantheninja
FB @nolantheninja 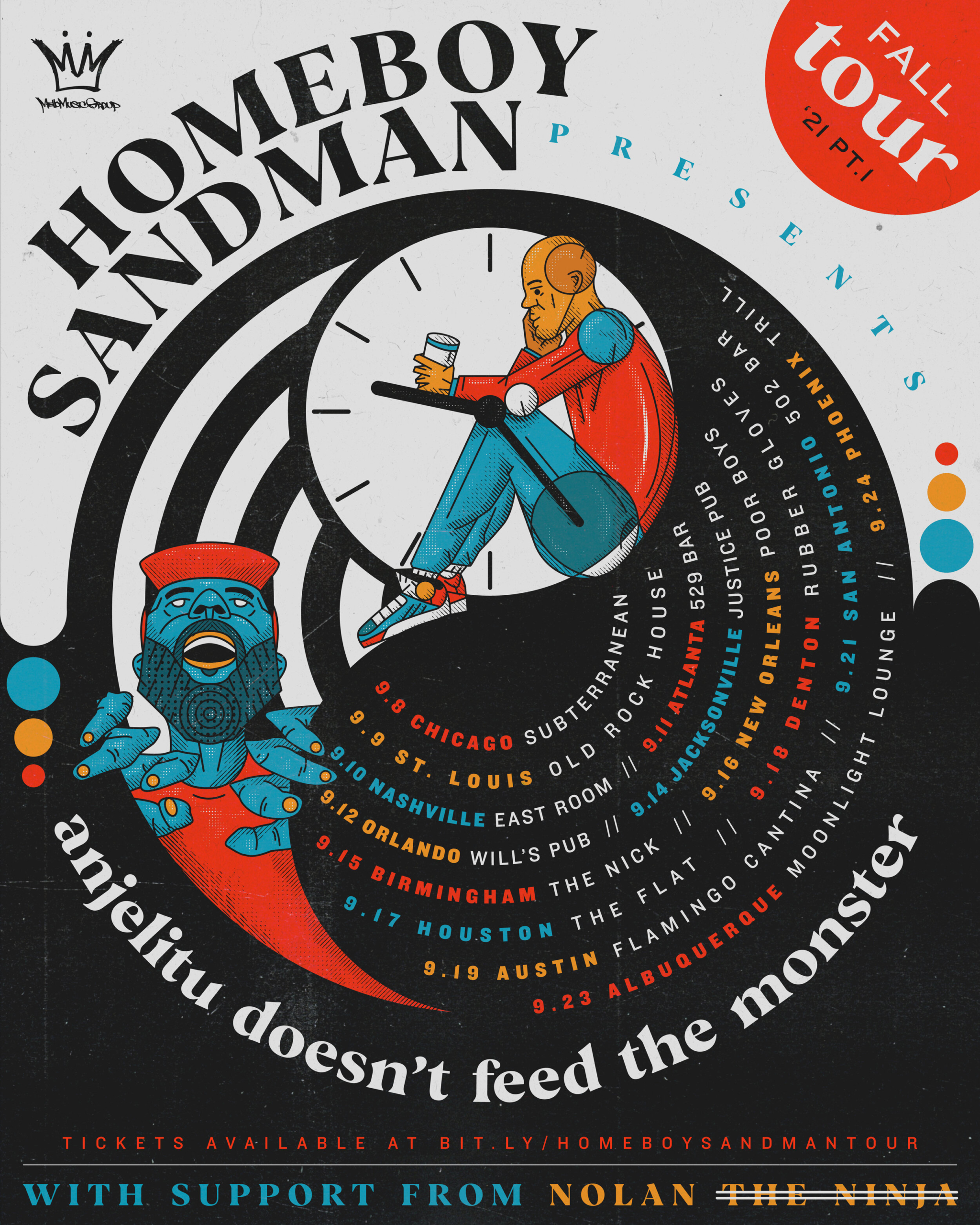